I saw you yesterday, smiling, laughing and talking with the people around you. You weren’t like this before, were you? If my memory serves correctly, which I am sure it does, you were your quiet self before this. I remembered you as someone who would…just be lost in her own world. Someone who was reluctant with people because she was scared of how people would perceive her and her ideals.

Where is the timid girl with fear in her eyes and knots in her tongue? Where is the girl who bowed her head and walked down the street to avoid confrontation? Where is she? I am not going to lie, I liked her. That girl. She seemed so secured. So aloof that it was almost surreal. I envied you for being so detached with the society around that nothing and no one could hurt you. I envied you for being head strong. I envied you for being yourself and not staging a charade of pretence to please those around you. The force that you were, is no longer there.
Some called you an introvert, but I knew you as someone who prevented herself from all harms and irrationality. I saw through your facade. I saw the mask you were wearing that ultimately became the shape of your face, the crook of your nose, the wrinkle of your cheeks, the puff under your eyes. I saw it all. I had figured you out like no one else did. Your every move, your every shift, were measured and scrutinized as carefully as humanly possible. You were a breath of fresh air. Dare I say, you were possibly the most pragmatic person I had known then.

I see your exuberance now. When you walk in the room, heads turn, for all the right reasons. When you speak, people listen. You are not afraid anymore. Not of the people, not of interaction, not of speaking up. I see you and I think about the calm river which is now in a turmoil, splashing against the shore and destroying everything in its way. You remind me of a silent night which ended with lighting and terrific rain. That was the night when no one expected the thunder.

“Someday you will die because you forget to breathe when you talk!”

I chuckled when I heard your friend say that about you.
Really? Do you talk so much now?
Knowing me, I tried to figure as to what changed you. I came up with an analogy. I think, you had been quiet for too long. You restrained yourself for too long and now the demon has been unleashed and the unbridled vigour is running wild. You have let go of the inhibition. Which is pretty commendable. But what now? How long will you remain like this? How long till you realise that new changes are needed and you make an attempt to rectify that situation? I wonder, again.

Coming back to the present, it’s unworldly to see you like this. You are now fierce. You are bold. You are unabashed. You are dauntless. You are daring.

But deep inside, I miss the old you. Because when I look at you in the mirror, I have a hard time trying to figure out if your old mask has worn off or have you just put on a new one. 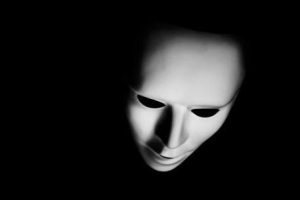